READ: The Day I Almost Got Killed... Twice! here.

READ: The Unpossibles, a graphic novel written and illustrated by Ron Campbell here.

GET A TAROT READING:

The Tarot of Why

A FEW REVIEWS AND INTERVIEWS

In a career that has spanned twelve countries on four continents, Ron Campbell continues to perform, train, teach and make art in distinguished venues across the globe.

An expert equestrian, sailor, published poet and 4th Dan in Iaido, Ron Campbell is the founder and CEO of 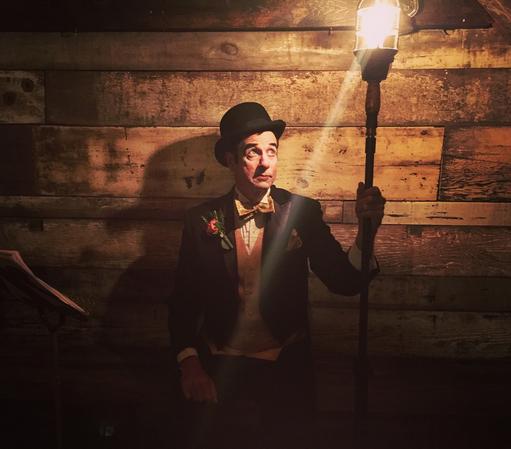 With more than 150 productions to his credit, Campbell has received some of the most coveted theatre awards including The London Fringe One Man Show of the Year and both The Los Angeles and Bay Area Critic’s Circle Awards for Lead, Supporting and Solo Performances, Theatre Bay Area Best Principal Performance, The Helen Hayes Award,  The Jeff Award , 4 Backstage West Garland Awards, 15 Dramalogue Awards and The Fox Fellowship for Distinguished Achievement.

Ron has performed in many venues across the globe including The Royal Albert Hall, (London) The Fuji Dome, (Tokyo) The Habima and The Rebecca Crown (Israel)  The ancient Theatres of Epidarus and Hydra (Greece) The Mark Taper Forum, The Los Angeles Theatre Center (Los Angeles) The American Conservatory Theatre, The Berkeley Repertory Theatre, Teatro Zinzanni , The Aurora Theatre, TheatreWorks (San Francisco) The Mercury Theatre, (Chicago) The Huntington Theatre, (Boston) The Seattle Repertory Theatre, The Intiman Theatre, (Seattle) The Metro Stage, (Washinton D.C.) and  The Old Globe and the Old Red Lion in London.

Ron started it all working as a street performer in Europe, doing mime and clowning in places like Piazza San Marco in Venice, The Place de Georges Pompadiou in Paris, The Piazza Navona in Rome and The Plaza Major in Madrid. Having cut his teeth on the street, Campbell became a founding member of The Actor's Gang and Artistic Associate of The Los Angeles Theatre Center before becoming a mainstay at The Mark Taper Forum, Grove Shakespeare Festival, The California Shakespeare Theatre and touring the world in one of his many one man shows.

Read about Ron Campbell in American Theatre Magazine or read a profile of him in The San Francisco Chronicle.

How to Fail (Zoom Edition)

Being Dumb for Dummies in One Uneasy Lesson

For Showtimes and Trailers visit www.sixfoottheatre.com

The Tarot of Why, an original 78 card Tarot deck by R. Campbell is now available at TarotofWhy.com

Ron Campbell's one man shows include  R.Buckminster Fuller, The History (and Mystery) of the Universe, A Tale of Two Cities, The Thousandth Night, How To Fail, The Dybbuk, The Bone Man of Benares, Shylock and Beckett’s Eh Joe.

Mr. Campbell received The Fox Fellowship for Distinguished Achievement, training with various international companies in Greece, Italy and Japan with a emphasis on Mask Work while also touring with Cirque du Soleil playing the King of the Clowns in  Kooza.

Waiting for the ghostlight to turn off and the show to go on. As it must.

In Search of the Mask of Satori

Ron Campbell has done everything from playing the lead clown in Cirque du Soleil's Kooza, creating chef Cecil B. DeGrille for Teatro Zinzanni to playing R. Buckminster Fuller in The History and Mystery of the Universe. He played 38 characters in The Thousandth Night, 28 characters in A Tale of Two Cities and 18 characters in The Dybbuk. Equally comfortable as an actor or a clown, He has been the Ringleader of the Lone Star Circus,  Richard the Third, Don Quixote, Sherlock Holmes, Iago, Shylock, Cyrano de Bergerac  and many others.