Through gently guided acting exercises inspired by the work of Stanislavski, Mikhail Chekhov, Philippe Gaulier, and others and utilizing texts from poets like Pablo Neruda, Boris Vian, and Mary Oliver, students will write, create, and present their ideas for feedback to the class. Don’t miss this chance to get inspired and be inspiring! Paper, pencil, and spirit of adventure required. Characters welcome! 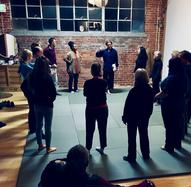 The ART OF THE ONE PERSON SHOW

The Art of the One Person Show.

Character Creation from Head to Toe.

When we give birth to a new piece of art what will it look like? How will it see the world? How can we best inhabit this new form of life? In this Workshop/Master Class with an emphasis on the physical and mental process of creating new works from the Outside In, Actor's Gang Founder Ron Campbell leads five fun-filled nights of exercises designed to: unleash the physical possibilities that lurk in each of us when tackling new works. Think of it as: a sculpture class for your performance muscles or simply your personal boot camp in the battle to create your own one person show. Workshop participants will work with texts created in class and from a variety of non-traditional sources. Kneepads required. There will be an Open Workshop Performance/Party on the final night. 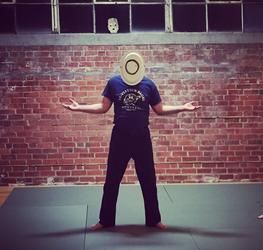 An exploration into the challenges, pitfalls and pratfalls of multi character performance. Students will hone their craft and abilities to present an exciting variety of characters in the blink of the eye with a minimum of props. Great for One person show practitioners and performance artists alike. The emphasis, as always, will be on fun but the opportunities for deeper drama will not be ignored. Of course the final workshop will include a Performance/Party. 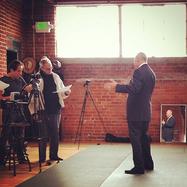 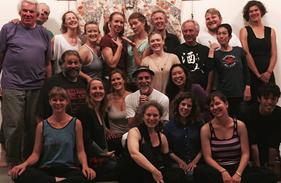 The Monday Night Actors Jam
A drop in workshop led by Ron Campbell.
Email for details.
What is a Soar Feat Workshop like?
A jungle gym on the playground of your imagination.
An aerobics class for the theatrical muscle.
Yoga with Intent.
Your Monday Night Mental Colonic.
A Mojo Dojo.
The third phase on your path to Attaining Wonderfulness.

Bring a pen, a pad of paper, maybe some knee pads and your imagination. Whether you’re developing your one person show, devising an ensemble piece or just need to work out, this is your safe place to have defining little moments of insight and spectacular failures too. 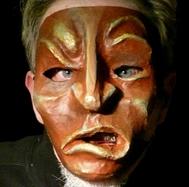 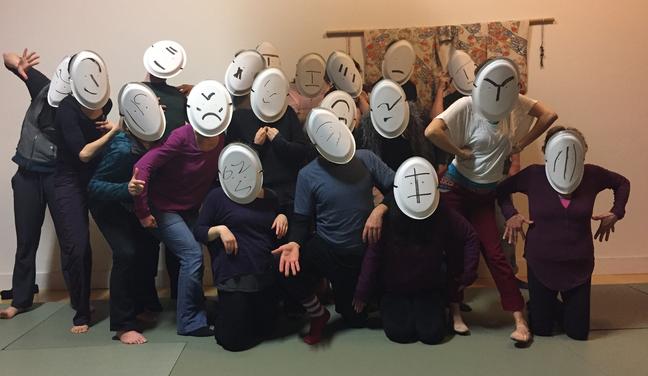 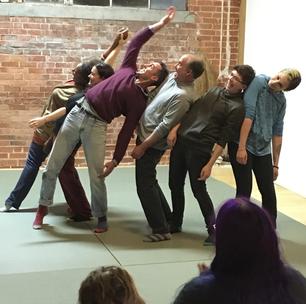 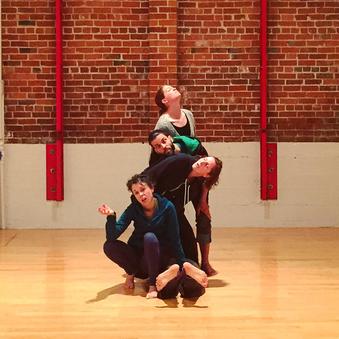 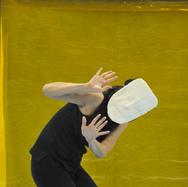 Enter the Clown and other workshops at The Berkeley Repertory Theatre

“The clown is a poet who is also an orangutan.” What insights can actors who seek to deepen their practice and propel their work to a higher level learn from the world of the clown, where the tender and the grotesque, the raucous and the whimsical live side by side? What can the lessons from the work of Stanislavski, Mikhail Chekhov, and others do to inform and enrich the work of your average buffoon, a poet that hides behind the smallest of masks—the red nose? Join renowned Shakespearean actor, one-man showmaster, and Cirque du Soleil clown Ron Campbell for a day filled with movement, masks, mirth, and buckets of fun. Enter the Clown and exit a slightly more dangerous, perhaps less rational, but certainly more compelling actor. 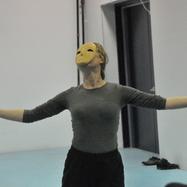 REVENGE OF THE SHAPE SHIFTER

​Everything you need to create, refine and market your own multi-character performance piece.

It seems one thing all one person shows have in common, be it a historical character, a re imagining of a literary work, a travelogue or a thousand and one other guises the one person form can take, is that at its heart it is an exercise in self reliance.  In the world of solo performance some stories require more than one character to express the full breadth of the narrative. Enter the shape shifter. Hone your skills to more fully express the cast of thousands that live inside you. Through a series of exercises participants will gather tools to enable more vivid character delineation, increased malleability and more refined storytelling technique.
Become a Shape Shifter! 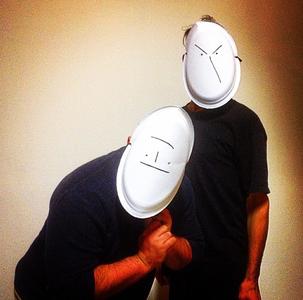 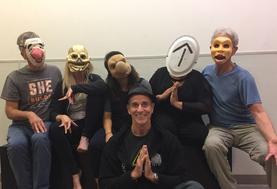 What is a Soar Feat Workshop like?
A jungle gym on the playground of your imagination. An aerobics class for the theatrical muscle. Yoga with Intent.
Your Monday night or Saturday Morning Mental Colonic. A Mojo Dojo.
The third phase on your path to Attaining Wonderfulness.

Soar Feat Workshops have been commissioned by a variety of groups, including professional theatre companies ( Cirque du Soleil, Berkeley Repertory Theatre, American Conservatory Theatre, California Shakespeare Theatre, West Coast Ensemble, The Actor’s Gang, Singular Productions, The International City Theatre, San Diego Repertory Theatre, among others), high schools (Coronado High School of the Performing Arts and the Southern California Educational Theatre Association) and centers for the developmentally disabled. Soar Feat Workshops accommodate a wide range of levels of experience and the tools explored have valuable real world applications for everything from the stage to the street,  the class room to the board room.

The Mask, the Clown and the Ki: A workshop for actors and other people

What can over 30 masks, a Cirque du Soleil clown and some ancient principles do for you? Join actor/clown/martial artist Ron Campbell for three sessions of gently guided exercises utilizing masks from around the world, techniques from the art of clowning and principles acquired from trainings in Japan. Aimed at giving participants dynamic tools to create vivid individual characters, this is also an ensemble workshop and director’s master class that promises to stretch your boundaries, heighten your scrutiny and tickle your funny bone. The workshop will conclude with a “window on the work” performance.

Ron Campbell toured the world  with Cirque du Soleil, training in a variety of theatrical disciplines with renowned teachers while pursuing his love of the martial arts. Previously, Ron played the title role in R. Buckminster Fuller: The History (and Mystery) of the Universe and played leading roles in everything from American Conservatory Theater to Teatro ZinZanni. He is a founding member of The Actors’ Gang and an associate artist of California Shakespeare Theater. His awards include the London Fringe One Man Show of the Year, LA Drama Critics Circle Award, Bay Area Critics’ Circle Award (for Lead & Solo Performance), The Theatre Bay Area Best Actor for his Don Quixote, four KPBS Patte Awards, four Backstage West Garland Awards, 15 Dramalogue Awards, A Helen Hayes Award Nomination and A Fox Fellowship for Distinguished Achievement. He has worked at such venues as The Royal Albert Hall, The Fuji Dome, The Habima, The Mark Taper Forum, The Huntington Theatre (Boston) Seattle Rep, The Intiman Theatre, TheatreWorks, San Diego Rep, Old Globe, Old Red Lion Theatre (London),  California Shakespeare Theatre, Marin Shakespeare Festival, Aurora Theatre and the Edinburgh Festival.The Mask, the Clown and the Ki: A workshop for actors and other people 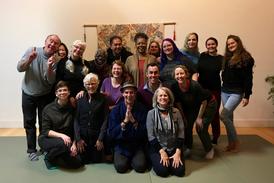 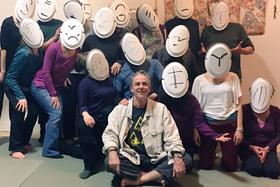